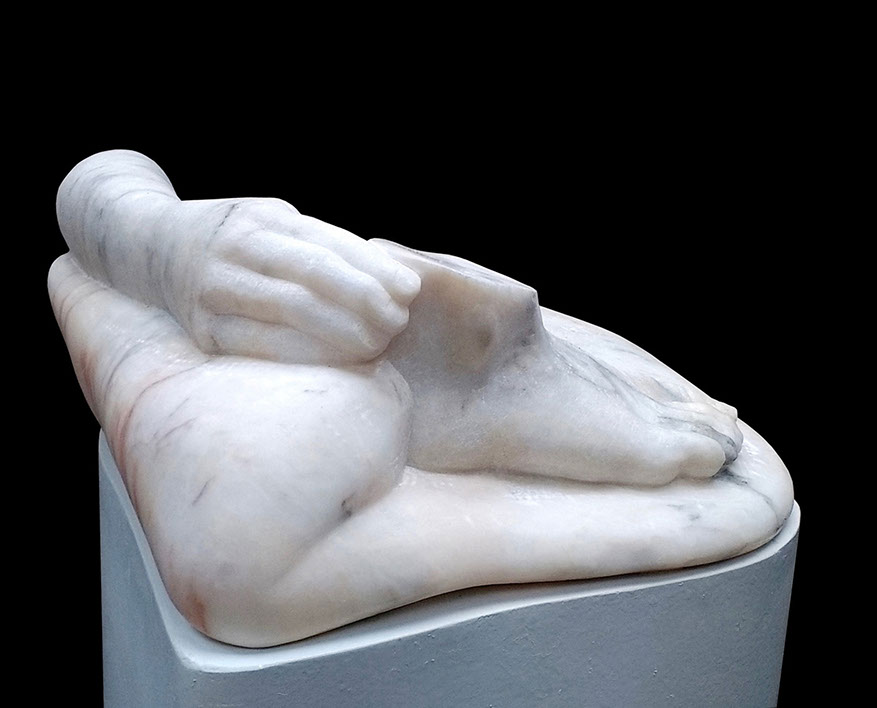 Albert Aukema (1957 Koudum) spent his childhood in the Frisian countryside. He now works and lives in the city of Groningen.

As a 18-year-old, he studied monumental art at the Vredeman de Vries Art Academy in Leeuwarden for a year. Much later he graduated as a sculptorist at the Classical Academy for Sculpture in Groningen. From the start of his studies and still the human being and the human body are often central in his work.

Recurring themes in his work are vulnerability contra strength.

The human being who relates to fellow human beings and on a meta-level to nature and cosmos in which  the woman is a metaphor for maternal primal force.

This dynamics and the transition from figuration to abstraction are leaving room for the imagination of the viewer.

His graduation project femme voilée stood for months after the Academy group exhibition in front of the Martini church in Groningen and was moved to the Hanzeplein in Groningen at the end of 2016, where it is now part of the collection of the UMCG Groningen.

The sculpture is for the most part a mirror: With what kind of eyes do we look? Do we meet the other person or does he/she remains a stranger? Do we know why this woman has chosen a veil? Her conscious or unconscious choice may give her freedom instead of limitation and that freedom allows her to look for new ways to show her femininity to this changing world.

A recent work (2018) entitled 'Bodyorganic' is made in Portuguese marble on a base of Corten steel and is located at Hereweg 111 in Groningen.

Also in this sculpture, the tension between figuration and abstraction is expressed in a subdued way, leaving room for a personal interpretation / interpretation by the viewer.

At the moment, Albert is working on a new sculpture.

It is a figurative composition consisting of three human figures.

A pregnant woman, both literally and figuratively, a powerful metaphor for fertility, with her two young children. The children, in their vulnerability, nourish and strengten themselves in the warmth and protection of the mother. The mother who lovingly embraces her children is the metaphor for the power of all-embracing love.

The sculpture will be made approximately 80 cm in bronze and probably also in Portuguese marble. 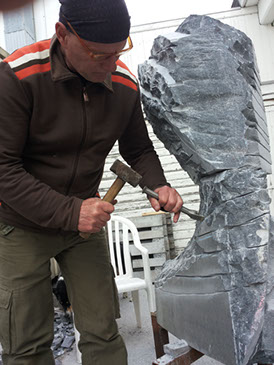 concept design for a school

concept in ceramic parts and led

Sculpture ‘Bodyorganic’ in Portuguese marble on a plinth of Corten steel. 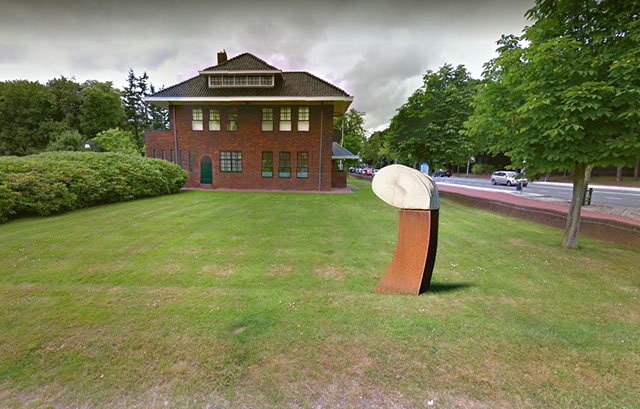 Mother and her children 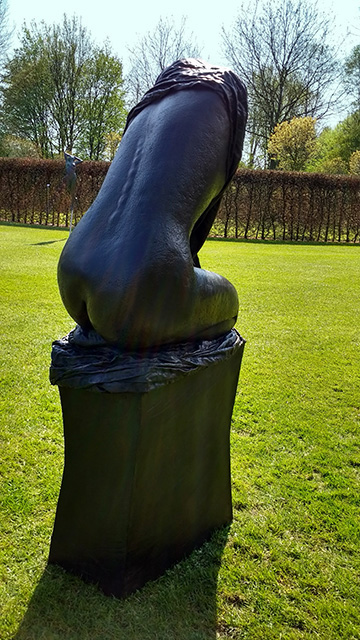